صفحه اصلى >> English Articles >> Why Colonel Khodaie may have been assassinated 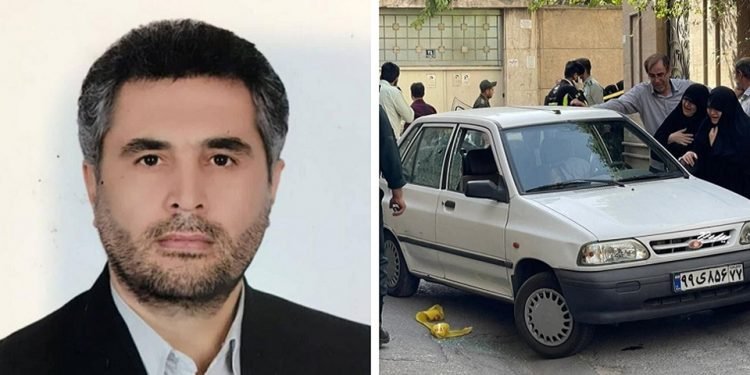 Why Colonel Khodaie may have been assassinated

In June news broke that Colonel “Hassan Khodaie” had been gunned down while driving his car in Tehran. Unknown to most civilians, Col. Khodaie was an important figure within the regime security apparatus, the Deputy Commander of the infamous Unit 840 of the Quds Brigade. A close acolyte of late General Qassim Soleimani, with whom he worked closely in Iraq and in Syria, the Colonel ran the Leadership’s foreign black file overseas – kidnappings, assassinations, blackmail etc …

The task was simple – to forward the regime’s interests and agenda no matter what.

For the past 40 years, the Islamic Republic has targeted those it views as threats to its ideology and/or hegemonic ambitions: Western opponents, Israelis, Jews, political dissidents, rights activists etc … Iran has carried out such operations well outside its jurisdiction, sitting itself directly outside international law.

A violent totalitarian regime run by unscrupulous men, the Islamic Republic has committed its manpower and Iran’s resources to the pursuit of such detestable agenda – hoping that through violence it could assert its dominance and force nations’ compliance.

The past few years have seen an increase in such acts of violence, the direct result say experts of Tehran’s economic desperation. From an attempted bomb attack in Paris in 2018 to a series of foiled assassination attempts in Turkey against Israeli assets in 2022, the Islamic Republic has lashed out at its appointed enemies with much virulence than in the past.

Strangled by sanctions that have decimated its economy, the Leadership fears political dislodgment by way of a revolution of the hungry; and so, it has played violence as a negotiating tool, hoping through fear to extract Western concessions.

It is likely because Colonel Khodaei sat at the heart of such strategy that he was removed from the chessboard. This of course does not mean that Iran is now ready to reform its ways, quite the opposite actually, as the regime’s men understand more than ever that time is not playing in their favour.

A regime in free fall, the Islamic Republic may come completely undone under the weight of its unnerving ambition – the pursuit of a nuclear weapon, which makes it even more so dangerous.

A threat to the World security Iran cannot be assuaged or placated by promised of normalisation. Rather it needs to be pushed back against and its Leadership held accountable for the many and grave crimes that it committed, commandeered, and sanctioned – not least of all against its own people.